Plastics In The Bay 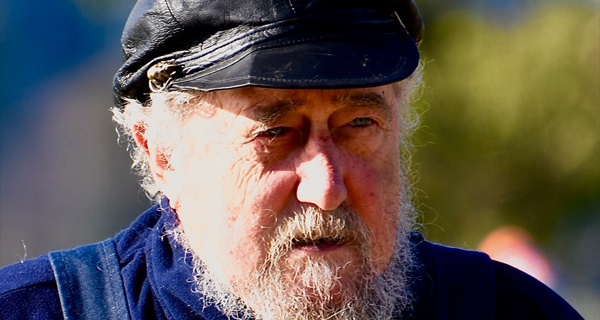 Have a listen to the interview here (14mins): 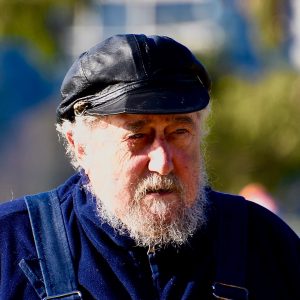 Remy: How are you?

James: I’m fantastic. What have you got on your mind?

Remy: Okay. So as I turned 75 this year, I thought to myself, ‘What am I really doing in terms of this planet?’
I’ve been involved in different projects to help the community and so on, and I thought, okay, I’m still worried about what’s going to happen to this planet, and our grandchildren —not that I’ve got any at the moment my son has yet to produce— but I can see it happening.

James: You can see, you can see him producing grandchildren, I hope?!

Remy: Well, I think he’s out there practicing anyway.
Now, what I thought to myself was, I being made a member of Oz Fish some time ago, and I was reading through their stuff about cleaning rivers and things like that; and I thought, right, really, what should happen is that the various Councils should have traps, and or nets, and things to stop things going into the waterways.
And then we should also try and do what we can to stop industry, sticking rubbish into the waterways, because all of the waterways end up in Port Phillip Bay, and that’s not making life very easy. And we, at Albert Park through the work of other members have created the Shellfish Reef and I know how good bivalves are in terms of cleaning the water.
So I sat down, had a look at Melbourne, and then immediately thought, right, I’ve got to get onto Melbourne Water and see what I can do with them. And then in the course of going through those contexts, I discovered that we have members who are related to people who are connected to Melbourne Water, then Pat Hutchinson’s brother, Frank, he joined up with Port Philip Eco, and he was very interested in plastics and things.
And there’s a number of people come out of it. So that I’ve got a subcommittee organised of people, which is Nick Frank, Bob Pearce, myself, we had a meeting with Port Philip Eco, which is Neil Blake came down and two Dutch women. One’s a microbiologist, the other one works in the community, in terms of community education. They’ve been going for many years and doing what I thought was essential, which was to teach the children about the dangers of plastics and pollutants, because that’s really where the future lies. They’ve already been doing this. They’ve got scouts, they’re organised, they’ve got people organised to clean up the bay. They go and give educational lectures to schools. So …

James: Are they a Government body? Port Melbourne …

Remy: They’re a registered charity, and they’ve been going for some years, and they put out a report, which indicated the level of micro-plastics which means that what happens to plastic is plastic lasts forever, right? It doesn’t go away. And it breaks down into tiny and tinier and tinier pieces. And it can actually break down so small, it can just go past straight into our skin, get into our bloodstream and kill us. So it’s a real danger to us.

James: As well as all the fish and other ecology.

Remy: Right so what happens to the fish? The fish have it in them we eat the fish, we get the plastic, wonderful!
Now you’ve all seen pictures of birds who have got the those plastic things that they hold the cans together and the stubbies together, and they’ve got that around their neck. We’ve also seen birds who scooped plastic and then feed it to the young and we’ve seen pictures of their unfortunate dead bodies with the plastic within the skeletons. We’ve seen that and we know that those sorts of plastics are around what we didn’t realise, or I certainly didn’t realise, was the danger of the micro plastics.
Now, there is a lot of movement already around to try and invent plastics, which are totally biodegradable. Some plastic manufacturers currently pretend that their plastics are friendly. And they’re not. Not until we get these biodegradable ones.

James: So even, even the bio-degradable ones, plastic bags, supposedly that they use in supermarkets and everything that they give us the impression that they are safe and that they’re going to degrade, do they still degrade to something smaller?

Remy: Yeah, what happens is they break down and you still got micro-plastics left, which is still very dangerous to us, and not very helpful to life and biodiversity, or whatever those words all mean.
Anyway, there are people who are in the process of trying to invent totally biodegradable substances that are similar to plastics that we have plastics that we have come from, essentially fossil fuels, right? So they’re a by-product of the petroleum industry. What they’re trying to do is to make the material out of corn-starch, rice, and other products, so that they are not in that line, and they just are totally bio friendly.
Now, I think our members should be frightened a little bit by looking at Seas piracy is a program SEASpiracy, which you can see on Netflix, which will talk very much about the destruction of what’s happening in the seas, and particularly the plastics deposits that are there.
There’s also an interesting thing they can have a look at: Dr.Twiggy Forrest, he got a Doctorate in Microbiology, even though he’s a multimillionaire, because he’s quite interested in this idea; and he presents a program through his Minderoo trust, called No Waste Plastics.org, and if you have a look at that, you’ll see not only him giving a, I think, a ten minute lecture about the dangers of plastics, but you see, to some degree, the level of destruction of plastics, but Twiggy is really interested in, at this stage, in paying people to recycle the plastics.
I mean you can see on his website, the level of plastic waste that we see in Southeast Asia where people have those water bottles, which I would certainly encourage our members not to buy, it’s a waste of money in Melbourne, you can drink the water, it’s perfectly sound. And if you want to carry it around by bloody aluminium bottle, not one not one of these plastic things because they end up and they’re not properly collected, and they end up in the waterways and they end up basically killing fish, and us, so we don’t want that; we want to stop that.
So where am I at? We are very enthusiastic about the work that Port Phillip Eco does. So what we offer them, you Members of the club, we offered for them to be able to use our facilities for education purposes, whenever it fitted in with our functions and other arrangements. And I think the boat shed would be particularly interesting for children to come down and have lectures in there, open the doors and they can see the sea and all the computer hardware and stuff we’ve got upstairs they could utilise for lectures and things if and when it suited them; but as you all know I have a pet project as well, which is to try and get our paws onto the decking between our Clubhouse and the pier and some containers there and one of the containers I want to fit out so that it basically can be utilised not only for storage, but also they could convert it into a schoolroom if and when required, and we could have continuous image of the reef, our shelf fish reef, and hopefully the new one that Bob Pearce is so keen to get closer to our clubhouse so that children can actually see what’s happening in the water; and also we can plug in all the various anti-pollution and plastic stuff, because I think children would be the ambassadors for this. They’re the ones who can tell us and their parents about the evils and they’re carrying the message. It’s going to be there forever.
So very much an educational project. I think a lot of what I was seeking to start, and other members have already bought into this. It’s already been carried out to some degree in Victoria. In, I think, in two years, we’ll have the ten cent deposit on all drink containers. So that will encourage people to take their plastic or in any event, be careful about their plastic bottles, so that they can be recycled. That’s a good step forward. We’ve got the supermarkets doing this, we’ve got industry being encouraged to find alternatives. And then you’ve got Twiggy Forrest saying, well, we might have to pay for plastic products. I don’t know that that’s the best way to go, but it might be a good interim step.
So that that’s it for plastics at the moment, and I just seek members to be aware of the dangers of plastic and avoid them as much as possible, and certainly avoid plastic bottles and plastic containers as much as possible.
I understand it’s a beautiful product, it weighs nothing, it lasts for a long time. Unfortunately, it’s not something which helps us.

James: In fact, they say that every piece of plastic ever produced is still on the planet, be it in landfills or burnt and become carcinogenic smoke, which gets in the atmosphere and eventually comes back into the planet again; it doesn’t leave the planet. It’s all here.

Remy: That’s right. It never does.

James: So we’ll put up on the website, the Seaspiracy video and a link to Netflix for us, we’ll mention Twiggy Forrest’s work, particularly if we can find his Boyer lecture, which was spectacular in January this year; and the Minderoo Foundation with a NoPlasticsWaste.org. And also, we’ll find out more about Port Philip Eco. I noticed that you were talking with the people during the Australia Day Boat Race, a couple of members who are also part of the Albert Park Beach Clean-Up Crew that meet every month, or I think, it’s every two weeks…

James: … We’re going to get them to a club meeting to give us a talk one night and see if we can get involved with them as well.

Remy: That’d be wonderful, and we could do that through Oz Fish, of which we are an affiliate member, and that will make sure that all of the Volunteers are insured while they’re doing their duty. So, that might encourage people to know that if anything happens to them while they’re doing this, they’re climbing down rocks to collect the plastic and those sorts of things, if they break or hurt themselves, they’re covered by some insurance policies so that that’s a good thing, particularly at the age of most of our members.

James: Great. Fantastic. Well, I think that’s all, we’ll leave it for the time being and get all this up on the website and also in Snapper Snippets. Thanks very much. Remy Van De Wiel.

Remy: Thank you. Thank you for doing this James, take care.

Seaspiracy – Netflix documentary.
It’s not Seas Piracy … but Seaspiracy as in ‘conspiracy’.
https://www.youtube.com/watch?v=1Q5CXN7soQg 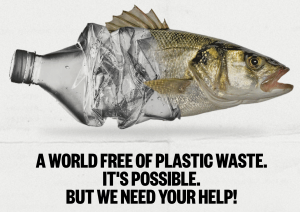 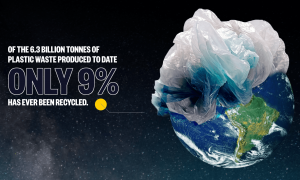 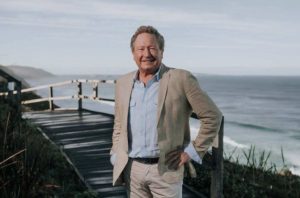